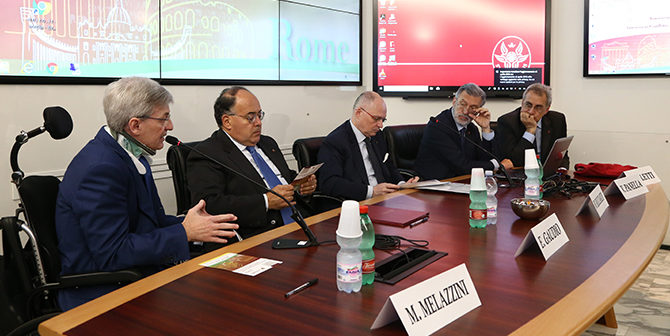 Is the National Health Service still sustainable?
This is the main focus of the meeting “Therapeutic Innovation and Sustainability of the SNN”, on May 17 at Sapienza University of Rome. On this occasion well-known experts in this field will participate including Walter Ricciardi, the President of the National Institute of Health and Eugenio Gaudio, President of the University of Rome. Mario Melazzini was at the event. During a debate he pointed out his awareness of the critical issues threaten public health. These include the steady ageing of our populations and the aggravation of chronicity which will increase the state’s finances costs. Mario Melazzini said “we are increasingly being confronted by chronic patients and others who are potentially cured thanks to research and development which have provided incredible therapeutic tools.” Some investments “should not be seen as simple costs” according to him. On the contrary, Melazzini said “we must understand what is happening in terms of return/saving”. The Community Institutions have indicated that every country must provide to their own needs. As Walter Ricciardi from Brussels clearly states,” in the 2022/2027 new budget there is a clear and strong signal that as for as healthcare is concerned, everyone should look after themselves”. For this reason and due to the reduction in the funds allocated to welfare, it is only possible to resolve the problem by working as a team. This can be done by “interacting, comparing, interpreting and using data”. This methodology, which is considered fundamental for the purpose of proper planning and pharmaceutical expenditure” is also suitable to support the formulation and creation of “new models to satisfy the needs of the citizens.”